Elections for officers will be held during the Winter (Biennial) Membership Meeting, held in Jacksonville on February 23, 2019.

Any member in good standing may nominate a person for office or may have their name placed in nomination. In order to vote at the reorganizational meeting on February 23, 2019, in Jacksonville, you must either be a current member, or if a new member, you must have joined NO LATER than January 9, 2019, at 11:59 pm.

The officers to be elected at the meeting are: President, Vice-President, Secretary, and Treasurer.

View the Procedures for the Election of Caucus Officers

Nominations for officers will also be accepted from the floor on the day of the election. 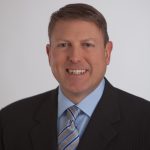 Thank you for the opportunity to present my agenda and platform for president of the Florida LGBTA Democratic Caucus.

I’m running for president because I want to reenergize our organization by growing it to look more like Florida’s diverse LGBT community. I want to increase membership and participation of women and people of color, and forge closer ties with other caucuses in the FDP, such as the Hispanic Caucus, the Black Caucus, and the Young Dems, among others. Not only will this bolster membership in our existing 17 chapters, it will also move us toward establishing new chapters; I’d like the Caucus to be at least 20 chapters strong by the 2020 election.

Further, consumers expect and companies recognize that corporate social responsibility is no longer optional. I will work to build closer ties to the Florida business community, which relies on LGBT workers and can be called on as allies and supporters for our Caucus and specific issues, both in Tallahassee and locally. Many industry associations and individual companies are already out front in this area, because they recognize that equality and anti-discrimination policies attract and help retain good employees. We should be working together, which in addition to strengthening our leverage for our legislative efforts could also provide a source of funding and support for Caucus events and, importantly, our GOTV activities, which are critical to victory in 2020.

Internally, we need to do a better job of leadership development. To that end, I will ensure all committees have deputy directors so that new voices are being heard at all levels, and that succession is clear for continuity and committee growth. I will empower directors with more authority to grow their committees and interact with membership, which will enable them to better fulfill their mandates. 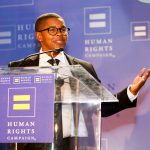 In 2013 I relocated to South Florida where joined the Human Rights Campaign. I serve as Co-Chair of the HRC South Florida Steering Committee as well as on HRC’s National Board of Governors. It was during this time that co-founded “Thou Art Woman”, a signature open mic event celebrating LGBTQ women.

I previously chaired a Florida Bar Grievance Committee and was a 2017 graduate of the Florida Bar Leadership Academy. I am a current Director on the Dolphin Democrats Board of Directors, and I am running for Vice President of the Dolphin Democrats. I previously served as Alternate Area Representative and on the Campaign Committee for the LGBTA Democratic Caucus. In my free time, I enjoy spending time with my girlfriend, Jasmin. I also enjoy golfing and travelling.

I am running for Vice President of the LGBTA Democratic Caucus because I am passionate about the work this organization is doing and the necessity of its existence. While I believe we have a wonderful organization, I do feel there is room for improvement. I would love to add to the existing dynamic with my ideas and progressive mindset. We must increase diversity, membership intake, and member participation. If elected, my goal will be to cultivate this growth with a focus on diverse LGBTQ leaders across Florida. I also want to increase GOTV funding to all Chapters across the state to better our chances of electing pro-equality leaders. I am asking for your support and your vote. 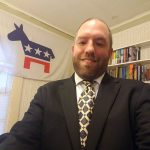 Dave is a native of the Tampa Bay area and has lived there almost his entire life. His political involvement started in 2000 when he volunteered for the Gore/Lieberman campaign and has continued steadily since. Locally he has been involved for most of the past 19 years with the Hillsborough County Democratic Party, the Hillsborough County Young Democrats, and the Hillsborough County LGBTA Democratic Caucus, where he currently serves as President. On the state level, he has been active with the Florida LGBTA Democratic Caucus for the past several years and has served as Secretary for the past 2 years. He is running for re-election and would be honored to have your support on February 23 to help bring new ideas and technologies to the caucus, increase LGBTQ involvement in the political process, and turn Florida blue for the 2020 Democratic Presidential nominee and Democrats all the way down the ballot! 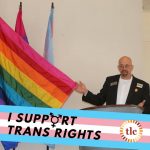 I have been honored to serve as your President through a powerful expansion of our caucus. We have dramatically increased assistance to chapters through GOTV grants and the Janet Reno grant. We have funded chapter participation in Pride and targeted ads to educate the LGBTQ+ community about the importance of voting Democratic. In 2018 we endorsed more than 100 federal, state, and local candidates and provided chapter financial grants to help with municipal races all over the state. Since 2014, we have held conferences in Ft Lauderdale, Tallahassee, Tampa, West Palm Beach, Lakeland, Lee County and Tallahassee. We have significantly expanded our statewide and national influence. Our gala speakers included Houston Mayor Anise Parker, Congressman Joaquin Castro, Congressman Sean Patrick Maloney, Robby Mook Campaign Manager, Hillary for America, Florida House Minority Leader Kionne Mcghee, and so many more.

I have been blessed to serve with great officers and directors who worked so hard to make the Caucus a success. This amazing growth was built on foundations laid by former Caucus Presidents Michael Albetta and Sally Phillips. With annual lobby days and the legislative report card organized by Elizabeth McCarthy, the endorsement process planned by Ron Mills and the media and messaging campaign by Stephen Gaskill we are truly a statewide force to be reckoned with. Sally Phillips has been absolutely indispensable in our membership and chapter expansion. She has shepherded so many chapters through the certification process that she can do it in her sleep.

Unfortunately our financial policies and procedures have not kept pace with our rapid expansion and I am running for Treasurer to build that foundation for continued success. With your support I will bring our financial policies and reporting into full compliance and increase transparency and reporting to match the Caucus’ expansion in other areas. 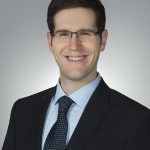 Adam N. Sabin is a Florida Certified Public Accountant (C.P.A.), who has over nine years’ experience working in public & private accounting, and for multi-billion dollar Fortune 500 companies. Over the course of his career, Adam has gained extensive experience in tax compliance, budgeting, project management, audits, and leadership development. He is currently a Tax Manager for Citrix Systems, Inc. in Fort Lauderdale, FL, where he is chiefly responsible for the company’s income tax compliance, audit management, and ad-hoc special projects.

Outside of work, Adam is a passionate activist within the Democratic Party, and is presently the Treasurer of the Broward County Dolphin Democrats. As Treasurer, he has implemented strict fiscal discipline and accountability within the organization, resulting in a budget surplus (in an election year), and grew the bank balance by 85%. In addition, he has worked closely with both the Fundraising and Membership Committees to expand the organization’s fundraising initiatives, and increase membership so all of the Dolphin Democrats’ strategic initiatives could be met during his tenure.

There are approximately 500k LGBTA voters in Florida, and our Caucus needs to do everything we possibly can to reach and engage them, so they (and their friends/family) vote for Democrats in 2020!

As Treasurer, I hope to achieve this goal by: